Lynxs Group LLC is an Austin, Texas based international real estate development firm specializing in aviation related real estate development and management, specializing in air cargo/air logistics, perishables logistics, MRO, FBO and aircraft hangars. A privately owned company founded in 1994, Lynxs currently has operated in North America, Latin America, and Europe. Past projects include the successful completion of multi-tenant facilities, build-to-suits, master-planned airport projects, redevelopments, and public-private partnerships. Lynxs works with and for airport authorities, airport owners, airlines, service providers and other end users of airport-related real estate around the world. Our primary objective is to create projects which are well-built, highly functional, and reasonably priced, with enduring value for our customers and investors alike.

Founded by Ray Brimble, Lynxs began its operations in Austin, Texas, in 1994 with the pursuit of the competitive tender for the development of new air cargo facilities at Austin-Bergstrom International Airport – at the time the largest new commercial airport to be opened in the U.S. in decades. Lynxs, a local partnership of experienced Texas businesspersons, real estate developers, and private investors, won the Austin tender and went on to successfully develop and operate air cargo facilities across the U.S. Along the way, Lynxs refined the design and technical specifications of air cargo facilities to increase efficiency and improve airport and tenant operations. In addition, Lynxs became involved in increasingly more sophisticated transactions involving tax-exempt project finance structures and a variety of partnership and investment structures. Over time, Lynxs emerged as a leader in its sector with full-service capabilities and a rapidly growing portfolio.

In late ’06, Lynxs formed a 50/50 joint venture partnership with GECAS, a wholly owned subsidiary of GE Capital and the world’s largest financier of aircraft and aviation-related assets with a portfolio exceeding $40 billion in aviation-related investments. In the GECAS partnership, GE was Lynxs’ exclusive capital partner and Lynxs provided the development and operational know-how which formed the cornerstone of GE Capital’s major strategic initiative into airport investment and development. The GECAS partnership transformed Lynxs into a major, institutional-grade global player through the adoption of GE best practices in the areas of operational excellence and risk management as well as significant investments in establishing world-class infrastructure with global capabilities. After a quick and successful start, which included more than $250 million in closed transactions, the financial-market turbulence of late ’08 forced GE to reduce and eventually abandon its ambitious investment targets. In early ’09, Lynxs returned to private ownership through a friendly de-merger with GECAS. Lynxs continued its excellent relationship with GECAS for many years thereafter as a manager of GECAS aviation ground assets.

The post-GECAS years brought about an increased globalization of Lynxs’ development projects as well as further diversification of the types of projects we tackled. Lynxs completed a very large mixed-use airside facility Vienna International Airport, which was sold to the VIE airport authority in 2015. In 2010, Lynxs also built and managed the largest airside air cargo facilities in Latin America at El Dorado International Airport, Bogota, Columbia (BOG). More than 50% of this 800,000+sft facility was temperature controlled perishables warehousing, which offered Lynxs an early window of understanding about the rapidly growing world of perishables logistics. After 2015, Lynxs grew its holdings and development portfolio further to include other types of aviation facilities including an very large MRO facility in Grand Junction, CO (GJC) and the US Coast Guard West Gulf HQ and air rescue Facilities in Corpus Christi, TX (CRP). Lynxs was able to combine its knowledge of airside facilities with the insights we gained from our Bogota perishables experience to launch our first operational business, AirLogistix USA. AirLogistix USA brought the first airside perishable cargo centers to both Houston’s George Bush Intercontinental Airport (IAH) and Dallas Ft. Worth International Airport (DFW), opening the way for entirely new trade routes which had previously run through Miami, to successful now come through Texas airports to serve the entire middle region of the USA stretching from the Mississippi River to the Rocky Mountains. These centers handle highly specialized products such as seafood, flowers, produce, and pharma from across the globe and have recently proven to be essential infrastructure for the distribution of vaccines. Airlogistix was successfully sold to dnata cargo handling , a subsidiary of the Emirates Group, and continues to operate under the dnata name at both airport locations. In 2020, Lynxs successfully completed two build-to-suit MRO hangars located at the Cincinnati/Northern Kentucky International Airport (CVG) and the Fort Lauderdale/Hollywood International Airport, FL (FLL).

As we move into the 2020’s the importance of investing in airport infrastructure relating to cargo and MRO’s is increasing again as e-commerce, specialized cargo handling, and new types of aircraft requiring modern airside maintenance must be developed. The Pandemic of 2020-21 has also taught us the importance of air logistics and the freighter/cargo aircraft sector is the most dynamic sector in global aviation today. This sector deserves and demands the best ground facilities at the best airports. Lynxs offers its +25 years of experience and relationships to assist in the development of infrastructure to meet the demands of today , and tomorrow. 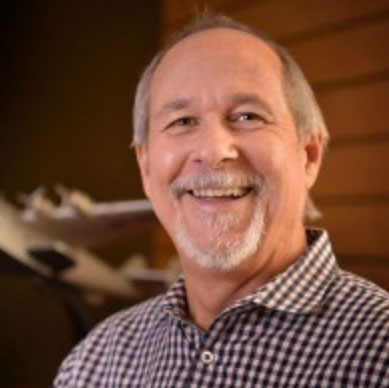 Ray Brimble is an Austin, Texas-based businessman with a portfolio combining entrepreneurial and managerial accomplishments spanning a 40-year career. He founded his first company at age 22 and has gone on to establish more than 50 companies on four continents with activities ranging from the oilfield, to technology, to logistics and aviation related real estate. Mr. Brimble co-founded the predecessor of Lynxs as the Austin CargoPort Development company, to build and manage the cargo facilities at the new Austin Bergstrom International Airport. Show more +

What began as a single project turned into a global business. Lynxs Group and its related businesses have acquired, developed, and sold more than 25 aviation properties and companies, on three continents, since 1994. Mr. Brimble has transacted well over US$2 billion in global business… and counting.

Through the years, Mr. Brimble has become known for his specialty in bringing together numerous elements such as people, ideas, capital, research and expertise into one focused effort toward a common goal. His leadership talent has earned him a place as an international leader in Texas business circles with global impact as well as in civic and philanthropic endeavors.

Mr. Brimble has held numerous board positions over the years including the Austin Chamber of Commerce, the Center for Global Business at the McCombs School of Business (CIBER)- University of Texas at Austin, The Dean’s Advisory Board, McCombs School of Business, The Camino Real District Export Council, Austin Social Venture Partners, Conspirare, Interfaith Action of Central Texas, KIPP Austin Public Schools, the Mueller Foundation and I Live Here, I Give Here-Austin. In 2006 Karen and Ray Brimble formed the One Skye Foundation, which provides catalyst funding for a wide variety of the community’s most innovative social and civic efforts. Mr. Brimble’s current efforts focus on “social entrepreneurial” ventures which include support and investment in both non-profit and for-profit venturing which has proven social impact with clearly defined metrics and results.

Mr. Brimble holds a B.A. in International Studies, Ampla Cum Laude, from the University of Texas at Austin and an M.A. in International Affairs from the George Washington University, which he attended as a Scottish Rite Fellow. Mr. Brimble was also a member of the International Business faculty at the McCombs School of Business at the University of Texas at Austin from 1990 to 1993 and Executive in Residence thereafter. Mr. Brimble’s writings appear frequently in many trade publications as well as the Austin American Statesman. Mr. Brimble’s blog site in which he contributes original essays on a variety of subjects, is www.stringtheorybyraybrimble.com. Mr. Brimble has authored two books; GLOBAL TEXAS. A GUIDE TO INTERNATIONAL TRADE INFORMATION RESOURCES, published by the Bureau of Business Research, UT Austin, 1992, and ESTABLISHING SOFTWARE OPERATIONS AND DISTRIBUTION IN THE ASIA PACIFIC REGION, published by the Software Publishers Association, 1996.

Mr. Brimble has received numerous awards for both his commercial and civic efforts, including the Small Business Administration’s “Exporter of the Year” award, the Academy of International Business- Southwest USA Region “International Businessman of the Year”, the City of Austin Distinguished Service Award, and the “Hope Award” presented by Interfaith Action of Central Texas. 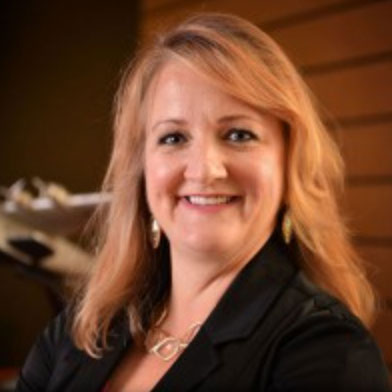 Jenny Ortiz started at Lynxs in 2010. She first served as the project manager for one of Lynxs Group’s largest and most complicated projects located in Bogota, Colombia. Most recently she has completed two design build hangar projects at the Fort Lauderdale/Hollywood International Airport and the Cincinnati/Northern Kentucky International Airport. With over 25 years of experience managing new business development and projects, she brings excellent real estate asset management experience and the ability to take a project from idea to completion. Show more +

In 2012 Mrs. Ortiz was promoted to Vice President and she now manages a wide variety of projects at Lynxs with a focus on adding new investments and properties to the portfolio as well as managing new properties to make them successful.

Ms. Ortiz has a BBA from the University of Texas with a focus on Finance and International Business.  She started her career in the high-tech industry prior to coming to Lynxs Group at the beginning of 2010.  Her time in high tech included International Sales Manager where she increased sales and the distribution into existing and new and emerging   markets.  She also served as Marketing Director where she managed a diverse team of product marketing and marketing communication professionals.  Her success in leading the marketing team led to her appointment as an Account Executive where she focused on Key Account Business Development.  She has managed people and projects both domestically and internationally with great success.

In addition to her career Mrs. Ortiz also serves as a board member for Song for Shalom, a charitable organization promoting educational opportunities in Ghana and she actively volunteers with the Boy Scouts of America. 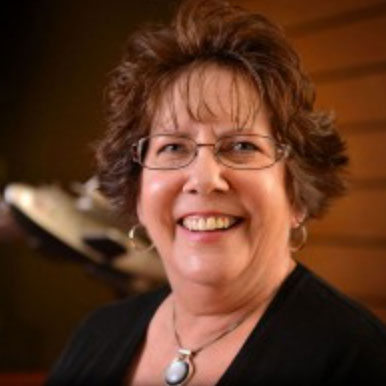 Penny Lambright is the Asset Manager for the Lynxs group of companies and has been with Lynxs since 2007. She is currently responsible for all leasing activity, maintenance, service contracts, overall office management, and interaction with government entities for several key properties in the Lynxs portfolio. Additionally she manages the day to day finances and accounting for all properties and investments. Show more +

Before coming to Lynxs, Penny managed the bookkeeping for several real estate companies both in the Austin area and abroad. She has a very extensive knowledge and expertise surrounding property and asset management.

Penny has lived in Grand Cayman as well as several cities in Texas and Florida. She is an active volunteer in her community.

Gretchen Rickard is the Property Manager for the Lynxs facilities in Alaska and handles the day-to-day operations of the properties. Gretchen has been an Alaska resident for over twenty years. She relocated from the SF Bay Area to Anchorage after working several summers as an Office Manager in the bush for a remote shore based salmon processing company. Show more +

Ms. Rickard first began working with the Lynxs Group while working for MAPCO, the originating financial partner for the Alaska CargoPort project. Ms. Rickard was recruited by the Lynxs Group in 2006 to rejoin the company. Ms. Rickard has been involved in human resources, personnel management, property and facility management, and event coordination. She is currently responsible for all leasing activity, maintenance, service contracts, overall office management, and interaction with government entities. She also works on special projects such as acquisitions and environmental risk management. She was selected by the Ted Stevens Anchorage International Airport to be a member of their Master Plan Technical Committee and is very active in her community.